Thank you so much to the collective known as “Oh my goodness!” for attending a spectacular ride into the Realm of Dreams with the Knights of Revery at Ohmega Salvage on October 21, 2016. Below is what we can remember through the hazy lens of trying to recall the details of a dream.

The great collective sound you make while making love “Oh my goodness!”, nothing’s gonna change your world, that recurring dream Om. There is a lot of taste going on all at once. Bathe in a shower of popcorn imbibing elixirs of mulled cider and drinking chocolate. Pillows dramatically increase in value as you gyrate on them, giving birth to large blue cats while Thriller mashes into Rocket Man be sure to dance in the storm and tornado of Raining Men and other sort of rain engineered by “Marco” “Polo” fish out of water like magnetic guppies stuck in an elevator between floors communicating to the aliens via rubiks cubes. Were Michael Jackson and Janet Jackson ever in the same place at the same time? Be an amoeba of love and love purple while smoking an Oscar out of a bowl. Speaking of purple haze, vape with Jimi Hendrix in your structure of choice in the clouds. Interested in P-words, huh? Yeah, aren’t we all. Brooke Shields. We all remember Brooke Shields.

And for those who don’t believe the origin story of the Beatles song, Come Together, as inspired by Timothy Leary’s thwarted gubernatorial run against Ronald Reagan, please read the following: https://en.wikipedia.org/wiki/Come_Together

And thanks to the performers!

Love me tender when my dreams come true we’ll cut footloose when doves cry buddha’s got to take a poo, too. Inter-special panther love with Captain Zigadee Zoo and a violin playing a full bladder that you need to just let go. What’s the point?! Fake healing for the dancing Rabbit there’s nothing wrong with you and we don’t know what we’re doing. Who’s healing who? Who’s healing who? Who’s healing who? Could you repeat those first words? Yeah, “if you”. Death was always imminent when life began. Horses always smoke cigars. Never doubt strangers. Unicorns darken the places where man dreams. Always remember wet naps. In case you don’t have time for wet dreams. You must all hold hands all day and eat kale. Oh Queen of Dreams please give me a wet nap. When will this show be over? “Canteloupe melons shower stars squishy juice, so now never will we leave.” 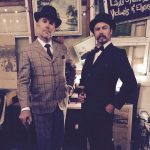